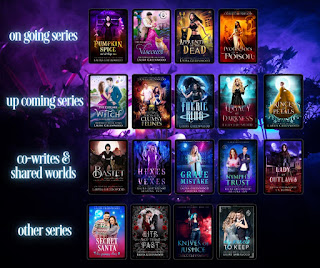 I'll preface it all by saying that I'm working really hard to bring the best books and series possible within reasonable timeframes, and I really appreciate everyone's support and understanding - particularly when I have to move dates and make changes. Anyway, please read on for updates about on-going and up-coming series (including co-writes) and the projects I promise I haven't forgotten about!

If your favourite series (or a series you're interested in!) isn't on the list, then chances are high that it's already complete - but please feel free to ask!

That's it for now, but if you have any questions, please don't hesitate to ask!

Posted by Laura Greenwood at 16:42