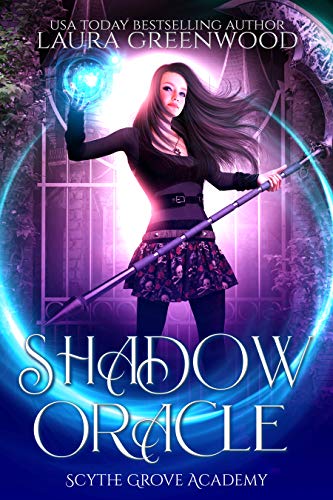 I have one mission: to bring down the Shadow Association.
They've tried to take everything from me, but I'm not going to let them. They have to be held accountable for the horrible things they've done.
And I'm the one who is going to make it happen.
-
Shadow Oracle is book three of the Scythe Grove Academy series.
Apple - Kobo - Nook - Google Play - Amazon US - Amazon UK - Amazon AU - Amazon CA - Smashwords - Direct - Universal Link
Posted by Laura Greenwood at 13:29 No comments: 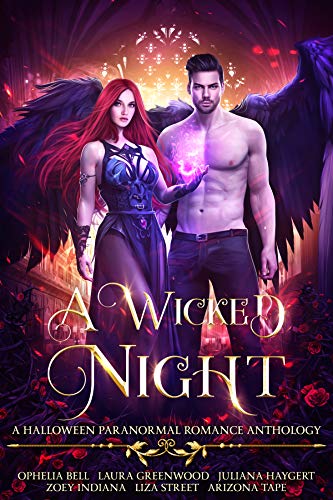 Pick up your copy of A Wicked Night from your favourite retailer!

Are you ready for A WICKED NIGHT?

Prepare to fall under the spell of six paranormal romance stories of angels, fae, dragons, griffins, and more winged creatures! Set during Halloween night, this is sure to be one spooky and electrifying anthology!

Each story in this limited edition anthology is new and exclusive, featuring unique magical abilities and spell-binding romance you won't soon forget!

A WICKED NIGHT is an anthology of Halloween Paranormal Romance tales from your favorite indie authors!

Posted by Laura Greenwood at 02:25 No comments:

Email ThisBlogThis!Share to TwitterShare to FacebookShare to Pinterest
Labels: A Wicked Night, The Accidental Cupid, The Obscure World 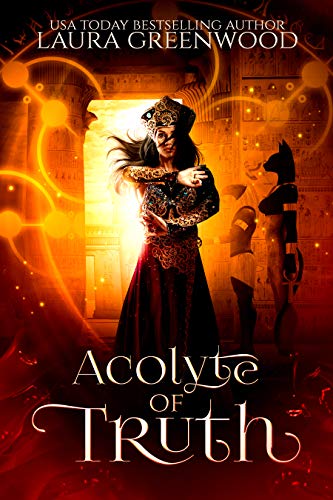 Having served Ma'at faithfully for many years, High Priestess Edrice is given a once in a life time opportunity.
All she has to do is take a test. If she succeeds, she'll become a goddess in her own right. If she fails, she will cease to exist in this life and the next.
But with the art of making new deities lost to most of the other gods and goddesses, there are more risks than Menefer wants her to take.
How can Edrice decide between her heart and her destiny? And is there a way she can keep both?
-
Acolyte Of Truth is book 5 in the Forgotten Gods series and follows Edrice and Menefer as they rise through the ranks at Karnak Temple. It is based on Egyptian Mythology.
Get Acolyte Of Truth on your favourite retailer:
Apple - Kobo - Nook - Google Play - Amazon US - Amazon UK - Amazon CA - Amazon AU - Smashwords - Direct - Universal Link

Acolyte Of Truth is my new favourite story from Laura Greenwood for many reasons. I love the afterlife as a theme and following High Priestess Edrice through the Hall of Judgement and the rest of her challenges had me on the edge of my seat. The writing is vivid, immersive, and I could picture the Egyptian sceneries like I was really there. There's a certain gentleness to the story of Edrice and it's hard not to feel compelled by her journey to the afterlife. Between the wonderful descriptions and the multiple stern but just Gods she meets and befriends, this book has me a little misty-eyed and wishing it was all real. Can't recommend it enough! - Arizona Tape, USA Today Bestselling Author

Posted by Laura Greenwood at 02:26 No comments: 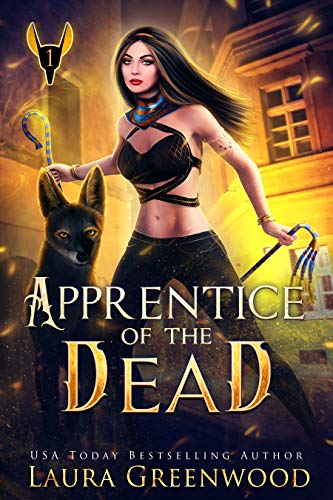 Get Apprentice Of The Dead on your favourite retailer:

Posted by Laura Greenwood at 06:57 No comments:

Email ThisBlogThis!Share to TwitterShare to FacebookShare to Pinterest
Labels: The Apprentice Of Anubis, The Egyptian Empire

Anthology: Shifters For A Cause 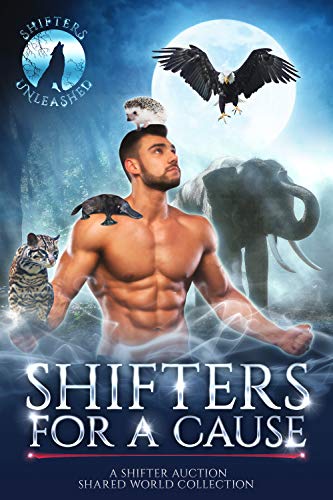 Get Shifters For A Cause from your favourite retailer

It takes a village...

When ten-year-old Kevin comes down with Uniform Shifter’s Disease—a blood disorder that would eventually prevent him from shifting between his animal form and his human—one small town will band together and do whatever it takes to fight an insidious disease affecting the shifters who live among them.

From Wolves to Dragons to Possums, and everything in between, the single shifters are going up for auction! Sold to the highest bidders, for 24 hours anything goes—and some might even find their fated mates.

When times get tough, the tough get dates with sexy shifters, all for a good cause.

★★★ Authors & Stories Featured in Shifters For A Cause ★★★

Posted by Laura Greenwood at 20:35 No comments:

Out Now: Roses Of Regret (Once Upon An Academy #5) 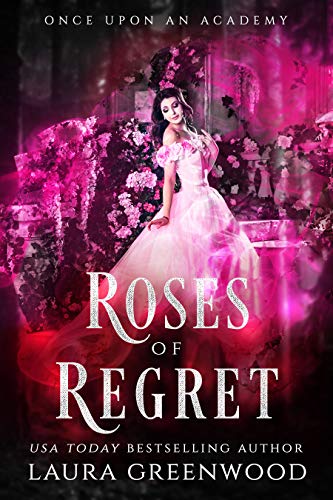 Rose has always lived in the shadow of her sister, but when it comes to their prophecy, it's something they both have to deal with.
When a mysterious student turns up at Rose's room, she knows it could lead to the one thing she can't let happen, especially as it will condemn her sister as well as her. But no matter how much she knows she needs to resist, she can't stop herself from falling for his charms.
Can she escape her prophecy before it's too late?
-
Roses Of Regret is an academy retelling of Snow White & Rose Red and part of the Once Upon An Academy series, set at Grimm Academy
Get Roses Of Regret on your favourite retailer:
Apple - Kobo - Nook - Google Play - Amazon US - Amazon UK - Amazon CA - Amazon AU - Smashwords - Payhip - Universal Link
Posted by Laura Greenwood at 23:51 No comments:

Email ThisBlogThis!Share to TwitterShare to FacebookShare to Pinterest
Labels: Once Upon An Academy, The Grimm World

Out Now: The Lion's Pride (The Paranormal Council #10) 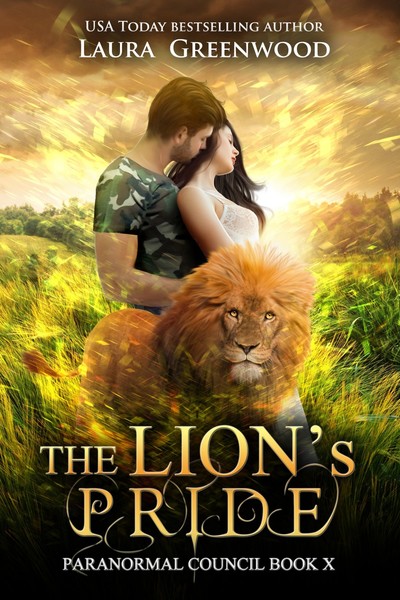 Having been abandoned by the one person who was supposed to stand by her, Bex never wants to see her fated mate ever again. Instead, she throws herself into raising her daughter.
When a dashing man from her past is sent by the High Council to help stop the witch hunters, she has to face the truth about how she feels about him.
Curtis has never spent much time around other paranormals, and barely knows how his own shifting powers work. But he thinks there's a reason he keeps thinking about the beautiful witch he met by chance. If only he could find her again...
-
The Lion's Pride is part of the Paranormal Council series and is Bex's complete story.
Get The Lion's Pride from your favourite retailer:
Apple - Kobo - Google Play - Nook - Amazon US - Amazon UK - Amazon CA - Amazon AU - Smashwords - Direct - Universal Link
Posted by Laura Greenwood at 21:34 No comments: