New Release: The Almost Queen (Fate Of The Crown Duology #1) 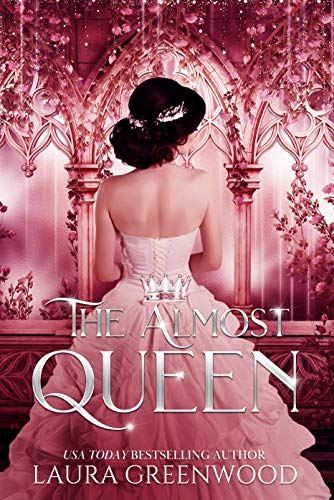 I know my fate, but for some reason, that isn't stopping me from making the mistakes that will lead to my death.

As the future Queen Guinevere, I should know better. I don't want to break my best friend's heart, but I also don't want to give up the only man I'll ever love.

-
The Almost Queen is set at Grimm Academy and is based on the Legends of King Arthur. It is an m/f non-bully academy romance.

"I got you a mask," Arthur says.
I startle. What's he up to?
"Isn't that the kind of thing girls do to one another?" I ask to cover my confusion.
Arthur turns to me, a knowing smirk on his face. "You'll understand in a minute." He turns away and opens one of the many trunks which litter his room. He never unpacks anything until he needs it, which makes this place a mess at the best of times.
"What..."
"Ah-ha, here they are," he announces, cutting me off.
My gaze falls on the solid wooden box in his hands. It's too big to hold one mask. He must have ordered one for himself at the same time.
He pops the catch and opens the lid, revealing two beautiful, but identical masks. Now I'm getting more and more confused. Does he want people to not know which of us is which?
"Sometimes, we'll have to wear the same things so you can protect me," Arthur says, plucking out one of the masks and handing it to me. "This is good practice. I thought it might be helpful if most people don't know which of us it is dancing, and which is doing something else." There's a twinkle in his eye, but I'm not sure what it means.
Or rather, I don't want to think too hard about what it means in case I'm wrong. The last thing I want is to misinterpret his gift as something more than it is.
"Don't you want to dance?" I ask.
He shakes his head, then strides towards the window. "But Gwen loves it. She'll want to dance the night away."
Is that...permission? I don't dare ask for clarification in case it isn't.
Arthur stares out of the window, but I'm not sure what he's looking for. Most people are already in their rooms getting ready for the night ahead. Which is what we're supposed to be doing, except that we're having this odd conversation instead.
"I think Gwen knows the difference between us," I point out. I can certainly tell her from any of the other women here without having to see her face.
"I'd be worried if she didn't. But I'm not worried about what Gwen thinks. This is about other people."
My mouth falls open, but thankfully, he isn't looking in my direction. I straighten my jacket to try and regain some composure but don't think I manage.
"Is there something else you need to do during the ball?" I ask slowly. "If I'm supposed to be protecting you..."
He waves away my concern as he turned back to me. "The most important thing you can do tonight is dance with Gwen."
Dance with her. Not distract her, or keep her out of Arthur's way. Dance.
Does he know? I swallow down the nerves in my throat and slip my hand into my pocket, smoothing my fingers over the tree of life pendant. Maybe tonight's the night I can finally give it to her. I've been waiting for so long, but haven't wanted to for fear of what Arthur will say. Should I show him the necklace? The tree of life is a traditional gift for a sweetheart where we're from, so he'll know what it means instantly. And the only girl I ever spend any time with is his betrothed...
I pull my hand from my pocket. I'll deal with his thoughts on the necklace if I pluck up the courage to give it to Gwen tonight.
"So, what are you planning on doing during the ball?"
He shrugs. "I haven't decided yet."
Shock shoots through me.
He is giving me and Gwen permission to be together. Just without saying the words. I should be brave and thank him, but I need to be sure first. Gwen deserves that much. I can't go outing her involvement in our relationship. If that's what it is.
All this sneaking around has made me paranoid.

A fantasy fairy tale academy duology (non-bully) following Arthur and Guinevere as they try and avoid their legends coming true. Part of the Grimm World.