Nathalie and Derek's story has been brewing for a long time - I think I've known the basics of it since 2017, and it was so much fun to work on! Read on for a teaser!
***
Copyright 2022 Laura Greenwood
***
"It's not your first time on a photoshoot, is it?" Derek asked as he watched Nathalie respond to everything around them.
A small smile lifted the corners of her lips. "It isn't. One of the Council member's mates is a photographer. He's shot all of us for one reason or another. Mostly because shifters are easier to deal with than wild animals. His words, not mine."
"Why does he need to photograph wild animals?"
"His mate is a charity spokeswoman. He helps with all that kind of thing. She actually offered to be my backup if you ended up hating me because I'm a unicorn."
"I wouldn't hate you because of what you are," he responded hurriedly.
Nathalie let out a light laugh. "Maybe you wouldn't, but I'm not blind. Your brother doesn't like me at all." She nodded over in Steven's direction.
He scowled in response, probably disliking both that Derek was talking to Nathalie at all, and that she was clearly looking at him.
Derek winced. "I'm sorry about him."
"Don't be. He's not the first idiot I've met who doesn't like me because of what I am. Or that thinks I can be walked all over because of it," she said. "So long as you don't, I'm fine." The way she looked at him said more than her words.
"I don't feel the same way Steven does," he assured her quickly, his words stumbling over one another as he rushed to get them out.
"Good. So, when were you planning on saying something about the fact you think we're mates?"
"What? I didn't...what?"
Nathalie chuckled, seeming genuinely amused. "So you do, then?"
"I didn't communicate that very well, did I?"
"Your meaning came across well enough. You've not been very subtle about it."
"I'm sorry, I didn't mean to make you uncomfortable."
"You haven't," she assured him. "I've been around enough mated people to recognise the signs. Now all you have to do is decide what you want to do about it." She smiled but didn't wait for him to respond before walking away.
He stared after her, unsure what the best course of action was. She'd all but told him that she thought they were mates too, now it was up to him to act on it.
Click here to continue reading The Unicorn's Mane!
or
Click here to start the series with The Dryad's Pawprint!

A paranormal romance series following various interlinked characters as they each find their fated mate. Each book can be read as a standalone. Part of The Paranormal Council Universe.
Series Overview:
Heat Level: Medium - Relationship Type: m/f (with the exception of book 9) - Build: Fast - Point of View Character: Dual third person POV, changes between books - Cliffhangers: No - Tense: Past

Posted by Laura Greenwood at 23:45 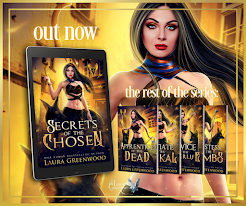 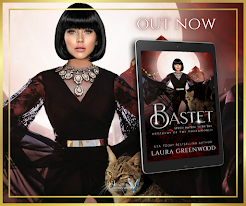 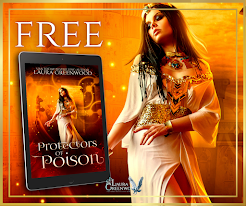