Stories From The City Of Blood: Story Three 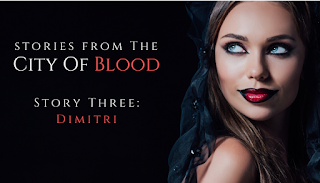