New Release: Fangs For Nothing, co-written with Arizona Tape 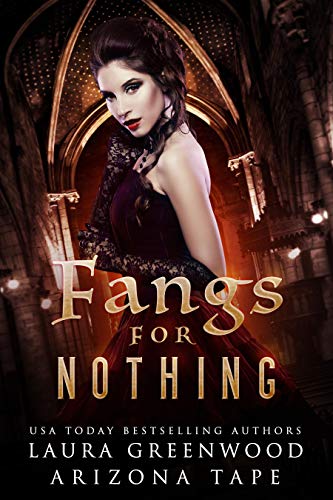 When vampire, Lucy, is finally hired to do some proper private investigating, she uncovers a plot far deeper than she expected...and far more dangerous. If she doesn't figure it out, vampires as a species could end up exposed. That's if she doesn't accidentally reveal them first.

And as if going on a date wasn't stressful enough, Lucy's Noble fiancé has made a reappearance, and he's brought a rather distasteful present with him.
-
Fangs For Nothing is a paranormal reverse harem set in the Twin Souls Universe.

==> books2read.com/fangsfornothing
Posted by Laura Greenwood at 16:28