Who knows what ascends from the Deeps...

Macey is really quite ordinary, if you ignore that she's a kelpie princess living on land. Still, her life is boring until she gets kidnapped by a man who doesn't quite know why he kidnapped her. Try and figure that one out.

Thankfully, he and his two companions are prepared to help her find out why she can't return to Earth from their house in the Mists. Now the only problem is that Macey keeps getting distracted by the three mysterious and very sexy men....

Through the Storms (optional spin-off)


Bullied and lonely, beithir shifter Amber is not having the best of times at Ben Vair, a college for supernatural teenagers. Until Izban arrives, a mage who is much more than he seems... and his blue hair is rather sexy, too.

But when she agrees to help him on his quest, she gets more than she bargained for.
Which may not be such a bad thing.

***Read this new gripping Seven Wardens spin-off now. It takes place at the same time as From the Deeps but can be read as a standalone novella.***

A kelpie, an incubus, and two wraiths walk into a bar....

Things were going so well until Macey got kidnapped. Again. Except this time, the kidnapper knows exactly why he has her, and none of his plans are good news.

She could wait for her men to save her, but then again, she's not the kind of princess who needs a prince to save the day.


Who knows what awaits them underground...

The Staran has been healed, but that doesn't mean that the world is safe yet. There are new problems to overcome, and new allies to be made.

The Seven Wardens' time has come, but will they be able to fulfill their destiny without breaking under the pressure?

And will they get the waffles they crave?


Who knows what hides in the fire...

Macey's allies are assembled, ready to take on the evil that is plaguing their lands. There's only one problem...one of the Wardens is unable to fight and without him, everything seems lost.

Can Macey find a way to make things right? Or has Mahoun already won the battle before it's even begun?


What truth waits above the waves?

More family secrets, hidden truths, and a budding feud even the prophets couldn't forsee, puts more on Macey's plate than ever before. With her men at her side and white hot rage building inside her, she's never been so determined to see out her duty and defeat the monsters battling at her door.

Below the Baubles (optional Christmas story)


What present is waiting below the baubles?

Even Christmas doesn't come without complications for kelpie shifter Macey. Her dreams of a quiet evening with her men are ruined when worrying news arrives from Germany (delivered by a garden gnome, no less).

At least this time, it isn't all work and no play, there's plenty of time to warm up from the cold outside for the Wardens.


What secrets lie under the ice?

With enemies all around her, Macey finds allies in the most unusual places. Including a mysterious book that is determined to have her visit Greenland. And if that wasn't bad enough, Macey's family problems are only getting worse, with her brothers spreading rumours and a daimon mother-in-law demanding marriage.

In the cold plains of Greenland, Macey must learn to trust in herself, or else their whole mission will be in jeopardy.


There's only one way to Rule The Dark, and Macey has to find it.

The Wardens may be down to six, but that doesn't mean they have any less to do. The final battle is approaching, and Macey isn't sure she's ready. With old friends and old enemies reappearing, this really is the final showdown.

The only question remaining is whether or not she'll get waffles.


Rule the Dark is the epic conclusion to the Seven Wardens series.

Beyond the Loch (optional prequel)


Adventure waits beyond the loch...

Before she became known as the Loch Ness Monster, Nessie was nothing more than a simple kelpie with big dreams.

When her chance for adventure comes, she grabs it with both hands, sending her to the depths of the ocean and mountain peaks. Though none of that compares to what awaits her heart when she meets a human who still believes in magic...

Inside The Egg (optional Easter/HEA Story)

Macey thought she was done saving the world...she was wrong.

When Amber uncovers an egg that could destroy the world, Macey and the other Wardens are drawn into a race against time to defeat the evil lurking inside the egg.

Can they give in to the egg's demands? Or is there a way to restore balance to the world without giving in?

Inside The Egg is a HEA story for the splashingly good fantasy series, Seven Wardens. 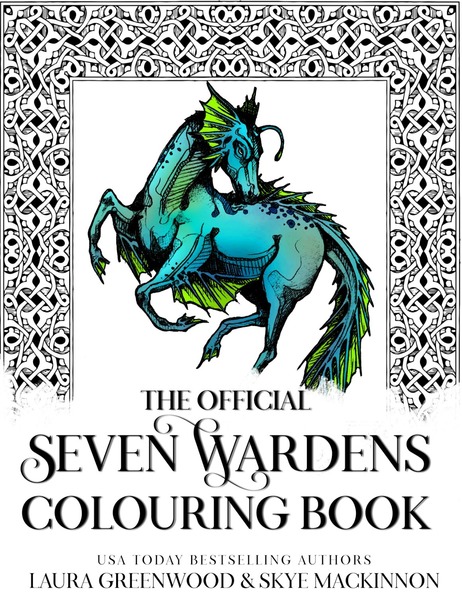 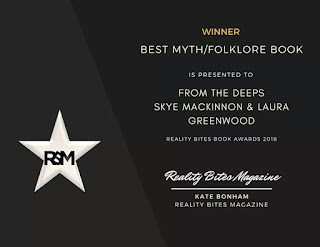