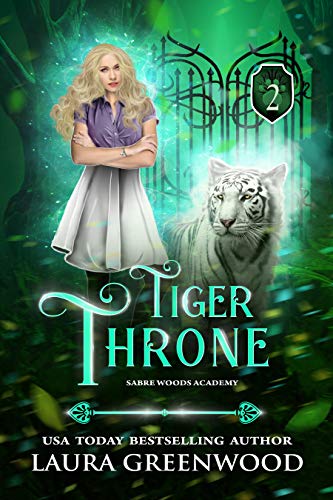 Get Tiger Throne at your favourite retailer!

I'm the Shifter Heir. I never thought I'd say those words, but now it's irrefutable. I won the Shifter Trials and now my mother has to recognise me as her heir.

But things aren't as they seem in the Shifter Court. And keeping up with my studies while trying to stay on top of my duties is harder than I thought it was going to be.

And that's without throwing Magnus into the mix. He's a complication I don't think I'll ever be ready for.

But now I know fated mates aren't real, maybe I should give in to what he's suggesting...

Tiger Throne is book two of the Sabre Woods Academy series. It is an urban fantasy academy with shifters and a slow burn m/f romance.

Posted by Laura Greenwood at 16:55