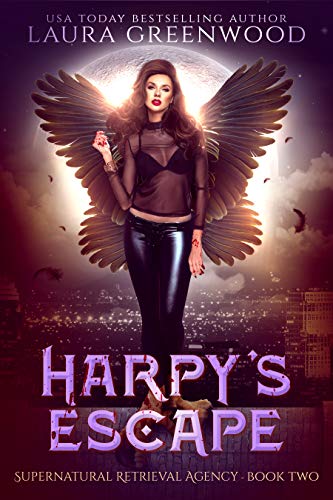 Get Harpy's Escape on your favourite retailer!

With no one believing them about Ocypete, Harper and her team are left to try and investigate without any official backing.

When a couple of new leads come in, they learn that things are a lot worse than they first expected, and if they don't act fast, then they risk something far worse than a new crime boss.

Fighting crime might be one thing on Harper's mind, but her growing relationship with Elias is also part of the equation and she finds herself spending an increasing amount of time in his arms.

Can they start building a case against Ocypete that people are going to believe, or is she going to get the better of them?

Posted by Laura Greenwood at 04:11