New Release: Quest Of The Goddess 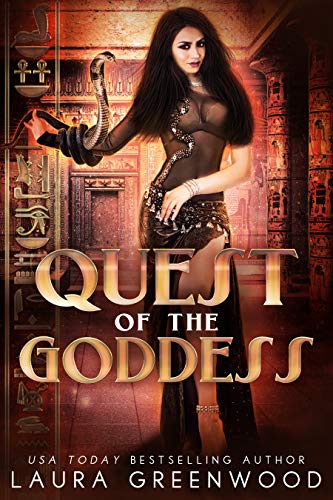 Searching for gods isn't easy, especially when they don't want to be found.

A quiet life is what Hathor deserves now that fewer people remember her name. But when another goddess enlists her to the fight against spreading chaos, she finds herself out in the world for the first time in thousands of years.

Finding the other gods turns out to be the least of her worries. Somehow, she has to convince them to actually help her, and that's not as easy as she'd hoped.

-
Quest Of The Goddess is the first book in the Consorts of the Goddess Trilogy and is based on Ancient Egyptian Mythology.

==> books2read.com/questofthegoddess
Posted by Laura Greenwood at 00:53