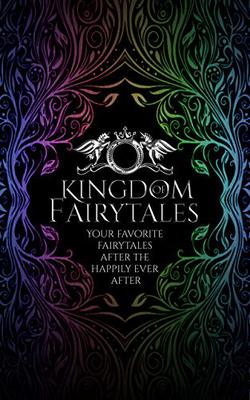 You all know the story of your favorite fairytale, but did you ever wonder what happened after the fairytale ending? Well we do. Not all afters end up happily, sometimes the real adventure starts much later... In this prequel, find out what happened just after Cinderella married Prince Charming, and Sleeping Beauty woke up. Learn the secret of what happened after Peter Pan defeat Hook and Aladdin defeated the evil sorcerer.

The Kingdom of Fairytales is the prequel to a spellbinding new series. Following famous fairytale characters, just after their happily ever after, the Kingdom of Fairytales offers an edge of the seat thrill ride in an all new and sensational way to read. Lighting-fast reads you won't be able to put down. Read in real time as each chapter follows a day in the life of a character throughout the entire year, with each bite-sized episode representing a week in the life of our hero.

Each character's story wrapped up at the end of every season with a brand new character and story featured in each season. Fantasy has never been so epic!

==> books2read.com/kof-snowwhiteprequel
Posted by Laura Greenwood at 01:08