Studying at Grimalkin has been Daphne's dream since she was a little girl.

With her best friend unable to do the simplest spells, her brother determined to find an old family spell to turn them into cats, and hot dates with a vampire, her hands are full enough. Add to that two other guys trying to get her attention, and a teacher that seems to hate her, and Daphne's school year isn't quite going to plan…
-
Catching A Vampire is a slow burn paranormal academy with a reverse harem theme. It is book one of the Grimalkin Academy: Catacombs.

Heartbroken and rejected, Daphne has to find a way to carry on if she wants to stay at Grimalkin Academy.

With her brother still intent on finding the old family spell, and his best friend still trying to get Daphne to agree to a date, she has her hands full. Even if what she really wants to do is make a vampire forgive her.

Can they find the spell? And can Daphne convince Heath to forgive her?

-
Catching A Wizard is the second instalment in Daphne's series, Grimalkin Academy: Catacombs. It is a slow burn reverse harem academy romance.

Finding the family spell wasn't all Daphne wanted it to be.

With side effects from her cat-shifting making themselves known, Daphne has to race against time to fix them, especially as her new enemy wants to do everything she can to get Daphne expelled.

Can Daphne and her friends figure out a way for her to stay at Grimalkin Academy?

When given the chance of a lifetime to go to the vampire Yuletide ball with Heath, Daphne jumps at the opportunity, even if she's going to be the only witch there.
At first, she finds herself entranced by the beauty of the ball, until catastrophe strikes the Christmas tree and it's up to Daphne to save the day.
-
Courting A Witch is part of the Grimalkin Academy: Catacombs series and is an optional Christmas story involving vampires and witches. It is a fun happy ever after story set approximately a year after the end of Catching A Warlock.
Universal Link

You can get a free short story of Daphne and Mona meeting here: 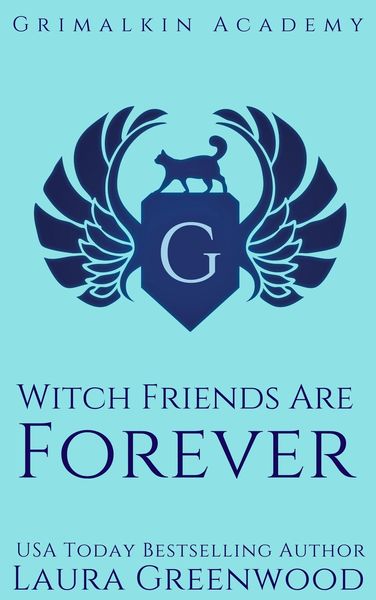