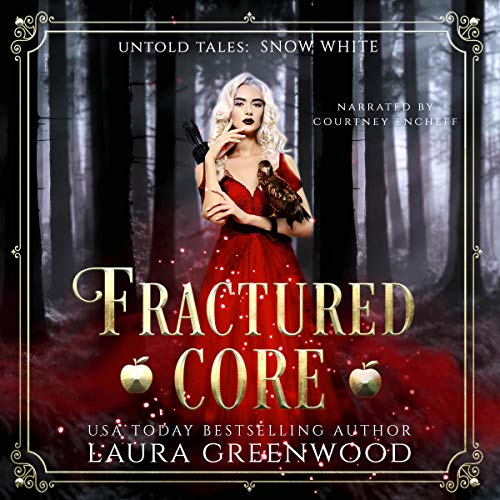 She's determined to regain her throne, no matter what it takes.
Lucia wasn't raised to be a warrior, but it might be the only way to get her kingdom back from the sister-in-law who stole it. When a foreign prince turns up claiming he's going to marry her, and the assassination attempts from the queen increase in number, Lucia has to face that regaining her crown won't be as easy as she wanted it to be.
Fractured Core is part of the Untold Tales series of fantasy retold fairy tales and is based on Snow White.
Audible US - Audible UK - Apple - Universal
Laura Greenwood · Fractured Core - Written by Laura Greenwood, Narrated by Courtney Encheff
Posted by Laura Greenwood at 19:24