New Release: A Touch of Necromancy 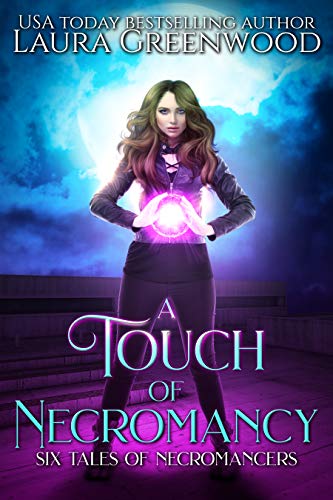 You think you know necromancers...think again. They're not all evil plots and raising the dead.

Discover the truth in these six tales with one thing in common...necromancers.

Within these pages, you'll find assassins, tricksters, mystery, and even the end of the world. Uncover their secrets today!

Includes:
- Blood and Deceit: An outcast necromancer must do what she can to survive, only to be betrayed by the person she needs the most.
- Death's Choice: An assassin who hates killing becomes a bodyguard for a Prince.
- Frost's Forfeit: The true story of how Jack Frost gained his powers from the Fae Queen of Winter.
- Spell Caster: A murder mystery with a twist, may include talking to the dead.
- The Necromancer's Prey: Can a necromancer and a shifter work together to uncover a life-threatening plot.
- Fae Blessed: The end of the world has arrived, can paranormals survive?

-
All six tales can be read as standalone stories. Blood and Deceit, Frost's Forfeit, and The Necromancer's Prey include m/f relationships. Death's Choice, Spell Caster, and Fae Blessed include reverse harem relationships.

==> books2read.com/atouchofnecromancy
Posted by Laura Greenwood at 00:28