Okay...yes, I'll admit it, I'm terrible at keeping things up to date, but I'm trying - honest!

Arizona Tape & I are super excited to be bringing you Torn Soul! This is the first book in our brand new Dragon Soul Series (book 2 is in Realms and Rebels!) and was a real tear jerker to write. Holly's story was touching in so many ways. I hope you love it as much as we do.

My amazing designer, Arizona Tape (yep the co-author one too) rebranded the cover of Chasing Aledwen. Not much has changed from the original, it's just been made a bit shinier! She's been saying she wanted to update the cover ever since she re-did Saving Eira! (To be clear, she designed the original covers too!)

Anyway...here's the pretty! And if you want to see it on retailers, you can here: books2read.com/chasingaledwen

Just what it says on the tin really...all three of the Ashryn Barker books are now available on all retailers - with my other books coming out there too! 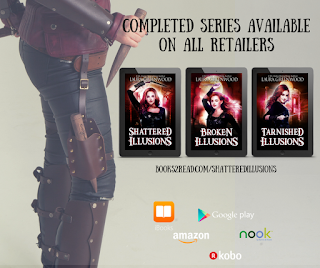 Update: Between the Sheets

I've gotten together with 20+ other authors to bring you Between The Sheets...with this one, there's no waiting for the good bits, they're all collected together in one place :-O

It's going to be super hot!

I'm super excited about this one! I've proofed two audiobooks this week, which means both Sweet About Me and Chasing Aledwen are on their way to your listening device as we speak!

I am terrible with keeping covers under wraps, so here's a reveal for a trilogy I'm going to be working on soon called Agent Cassie Morgan...though that's all I'm telling you about it at the moment!

New Pre-Order: Somewhere Out There

An amazing group of people in book world have come together for this charity anthology. It's kind of staggering how many have. If you want to pre-order, please do! This contains my currently unpublished story, Moonrise: books2read.com/somewhereoutthere

Back Out In the World: Curtain Call Series

If you've been with me since the beginning, you may know about my sweet romances already - but if you haven't, then this is where I started, before I realised it wasn't actually my genre of choice. But my three sweet romances are now back out in the world!

We've had two new authors join us in Realms and Rebels! Erin Bedford & Catherine Banks! So excited to read their stories.

Wow, I really need to start updating as I actually get news rather than all in one go! But I'm doing better than I have previously at least!

Posted by Laura Greenwood at 10:17